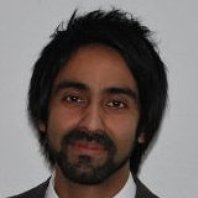 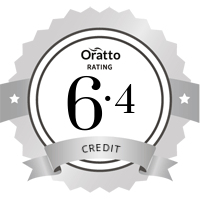 Hi, I'm Hassan. It's great to see you here. You're very welcome to get in touch with me using the contact button.

Hi, I'm Hassan. It's great to see you here. You're very welcome to get in touch with me using the contact button.

I completed a joint honours degree in Law & Politics (LLB) at the University of Keele in 1996 before obtaining a Masters in International Human Rights & EC Law (LLM) at Kings College, London. I undertook my Legal Practice Course at Nottingham Trent before qualifying as a Solicitor in 2001.

I have run large caseloads of civil litigation, enabling me to confidently process significant volumes of documents and to consider complex issues.

I am adept at interviewing witnesses and conducting investigations.

I am a confident advocate, appearing at County Court on a weekly basis. Whilst I do not have higher rights of audience, I have appeared in the High Court on a handful of occasion. I have been involved in countless trials over the years and I am well used to Court etiquette and managing witnesses.

I have been in practice during a number of landmark changes in civil procedure including Lord Woolf’s 1999 reforms, the introduction of the Civil Procedure Rules and Lord Jackson’s recent recommendations. I have learned to adapt on each occasion.

In my current role, I am partner of SP Law Solicitors. I am one of two founding partners, who together set up the practice in 2005. We merged with Martin Adams & McColl Solicitors in 2011 and the firm now has 4 partners and around 22 employees. As a result of the firm’s robust management processes, we have attained the Law Society’s coveted Lexcel accreditation every year since 2010.

I was appointed Assistant Coroner in 2014. I liaise with the Police on a daily basis in order to determine whether cases of sudden death need any further investigation. I am also responsible for authorising post-mortems, histology and toxicology. Once per month, I preside over inquests at Court, hearing evidence on oath, making findings of fact and delivering conclusions (verdicts).

I have a wide network of professional contacts across the County. I have worked closely with Northants Community Police since 2005. I was awarded Certificate of Appreciation in 2012 by the Assistant Chief Constable for my community work. I am a former member of Police Independent Advisory Group and the Police & Crime Commissioner’s Office for Faith Based Initiatives. I have in recent years provided training to local agencies in relation to preventing honour based violence.

I am former Chair and now Trustee of Northampton Inter-Faith Forum which represents Jewish, Christian, Muslim, Sikh, Hindu, Baha’i and Buddhist faiths. I am well connected in each of these communities and equipped to handle any faith specific issues.

In January 2014, I completed a charity sleep out at Christ Church on Wellingborough Road in order to raise funds for the Hope Centre, Northampton’s local homeless shelter. I also ran a Ramadan initiative to raise funds for Re:store in 2016.

The firm has been a member of the Northampton Community Foundation’s N100 scheme since 2014. I have been a regular attendee at grant panel meetings, having the honour of chairing on some occasions. I was delighted to be on the judging panel for the 2016 NCF awards. In September 2016, I was also appointed to the Board of Trustees.

In my spare time, I enjoy playing tennis for the Kings Park Club.

I speak fluent Urdu and Punjabi.

References are available upon request.

This solicitor hasn't yet added any testimonials to their profile

This solicitor hasn't yet added any case studies to their profile

This solicitor hasn't added any membership details yet
Contact me