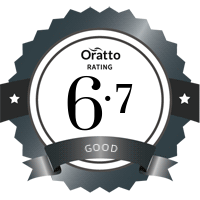 Hello there! I'm Sam. I'm always keen to help new clients, so please don't be afraid to fill out the contact form by clicking the 'Contact me' button.

Hello there! I'm Sam. I'm always keen to help new clients, so please don't be afraid to fill out the contact form by clicking the 'Contact me' button.

Sam Healey is a partner in the Business Crime and Regulation team at JMW and has substantial knowledge and experience in handling complex and serious cases. He works nationally with many of his cases having an international element. His experience and expertise is vast, having particular emphasis in handling matters relating to:

Sam is regularly instructed to represent corporates, individuals and professionals. He is someone clients always want by their side given his robust and pragmatic approach in representing and protecting their position. He identifies immediately the salient issues, is able to navigate his way around complex legal and factual issues in a case and has a meticulous eye for detail.

Sam also has a Masters in Law having completed work in considering the changes to the regulatory framework of financial institutions, in particular, the banks. This work was completed during the transition of regulation from the FSA to the FCA and PRA. The focus of his work was to consider whether the new proposals to regulate financial institutions would be sufficient to prevent a future financial crisis and perfectly places him to assist in all Fraud, Financial Crime and Regulatory related offences.

R v SW - Conspiracy to give corrupt payments, alleged international bribery and corruption to secure oil contracts worth in total in excess of £1billion. Proceedings in London.

R v CM – Conspiracy to defraud, representing the Registered Manager in proceedings brought against a care home, alongside eight other defendants. Three decades of alleged financial abuse resulting in a financial benefit in excess of £30 million. Reported as the longest trial in the Court’s history. Acquitted. Liverpool Crown Court.

R v AS - Conspiracy to cheat the public revenue, along with 15 co-defendants, to import tobacco under cover loads thus avoiding the requirement to pay excise duty. Loss to HMRC of £12 million. Manchester Crown Court.

R v PH – BIS prosecution – Alleged offences under the Companies Act and Insolvency Act.  Acquitted of all offences but one (failure to deliver books).

R v SM – Council prosecution for trademark and money laundering offences.  Confiscation proceedings and subsequent application for an order confirming an inadequacy in the available amount.

R v MM –  Allegation of VAT fraud and fraud by false representation following the purchase of a waste and recycling site. No further action.

R v SM – Application for an order confirming an inadequacy in the available amount.  Multi-faceted confiscation issues relating to assets in three different jurisdictions and separate criminal proceedings in Spain.

R v WD – Allegation of causing death by careless driving whilst under the influence.

R v DG – Allegation of careless driving and driving whilst unfit due to drugs. Complex issues relating to the presence of prescribed medication. Following representations with the support of a forensic toxicologist, the CPS discontinued the proceedings (Acquitted). Defence costs order granted. Nottingham Crown Court

R v NW – Allegations of driving whilst disqualified, driving without insurance and failure to provide driver details.  Prosecuted by two divisions of the CPS.  Acquitted of one offence and the CPS discontinued the proceedings of the other offences following legal argument.  Defence costs order granted.

R v RA - Murder and attempted murder following family dispute that had been ongoing for a number of years.

R v MH - Conspiracy to commit murder following a dispute between an alleged organised crime group and individuals working on a property.  Acquitted of all offences.

R v AR – Conspiracy to produce cannabis at a garden centre and across sixteen properties, in addition to offences of money laundering.  Two separate indictments and trials.  Acquitted of both offences and defence costs order granted.

R v SM – Council prosecution for trademark and money laundering offences.  Confiscation proceedings and subsequent application for an order confirming an inadequacy in the available amount.

R v LW – Application for a certificate of inadequacy – Conviction for conspiracy to import Class A drugs – Confiscation order made in excess of 3 million.  Multi-jurisdictional enforcement in relation to assets in UK and Supreme Court in Jamaica.

Master in Law -
'A research project considering whether whether the new proposals to regulate banks (PRA, FCA and FPC) will be sufficient to prevent a future crisis'

"Sam provided clear and objective advice from the outset on the options available and the subsequent strategy employed by Sam was expertly executed to produce a highly successful outcome. I would recommend Sam to anybody finding themselves in a similar situation"

“Sam is every inch the professional and showed tenacity, effort and attention to detail throughout my case. Words cannot express how relieved I felt at the conclusion of the matter, and the outcome was indeed as Sam had advised at the outset. Anyone who knows the pressure and nightmare of a criminal charge absolutely needs balance, balance of commitment, right choices, dedication to the cause and the client and the power and ability to stay the course. Sam never flinched from the objective of truth and fact, and without doubt his time and effort paid off. Sincerely I can only say thank you to Sam, and my recommendation would be given without reservation”.

“The worst 20 months of my life has just come to an end with all credit due to my solicitor Sam Healey, who right from our very first meeting put me and my family at ease. He is an absolute professional and has kept me fully updated with all occurrences throughout my case. Sam’s advice and support have been invaluable throughout the process and the final result was more than I could have ever wished for!”

“I would just like to thank Sam Healey once again for his services. I really couldn't believe the outcome as I expected the worst. If it wasn't for his understanding and hard work it would have been a lot worse. I would recommend anyone to use Sam”.

This solicitor hasn't yet added any case studies to their profile

This solicitor hasn't added any membership details yet
Contact me