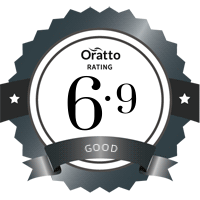 Hello. I'm Vicky. Nice to meet you. You're welcome to have a look through my profile and you can contact me using the orange button.

Hello. I'm Vicky. Nice to meet you. You're welcome to have a look through my profile and you can contact me using the orange button.

Vicky is a Partner in the corporate department having trained at the firm. She advises a variety of public and private companies as well as individual shareholders, management teams and partners on corporate finance transactions including acquisitions and disposals, financing and refinancing, reconstructions, private equity investments, joint ventures and alternative equity and debt investment structures.

Recent highlights include acting for a German fund in relation to an innovative debt structure raising substantial funds, a complex refinancing and restructure for a private limited company and associated pension fund and advising management teams on private inward investment, rollover and partial exit totalling in excess of £20m.

This solicitor hasn't yet added any education to their profile

Vicky, Sara and Chris were instrumental in pushing the deal through in what was a fairly swift but complex transaction.

The ‘excellent’ Vicky Protano was promoted to partner in May 2016

Recruitment group Kinetic has sold one of its subsidiaries to its management team. Navartis, which provides technical and management professionals to the transportation, civil engineering and utility sectors worldwide, has been sold by Greater Manchester-based Kinetic for an undisclosed sum.

The MBO was led by Jim Sloan, the founder and managing director of Navartis.

Mr Sloan established the operation in 2008 with support from Kinetic. It was initially named Kinetic Rail but later rebranded. Navartis, which turns over £17m, is based in Doncaster and employs 24 staff. Navartis provides engineers, project managers, quantity surveyors and other professionals to work in sectors including rail, aviation, water, energy and power.

Navartis is the second business which Kinetic has supported from start-up to exit. The first was Kintec, an oil and gas recruitment business, which was sold to its management team in 1998.Kinetic, which has its headquarters in Stretford, Greater Manchester, was advised on the Navartis disposal by a team at accountancy firm HURST.The team included Nigel Barratt and Ian Dawson, of HURST Corporate Finance, and tax specialist Liz Gallagher.

HURST has advised Kinetic since 2008 when Neil Smith completed a management buyout of the company.Mr Smith, managing director of Kinetic, said: “Navartis is a great success story and we are delighted to have supported Jim from start-up to exit. I wish him every success in the future.”

Following the sale, Kinetic retains its manufacturing, industrial staffing and nursing recruitment businesses, and its payroll management systems division Pay Partners. Mr Barratt said: “The deal is a great result for Jim as he looks to build on the success achieved for Navartis as part of the Kinetic group of companies.

“Kinetic is a business which has fantastic operational capability and a strong balance sheet. It is now looking to support other ventures in the recruitment market.”

Governing body for solicitors in England and Wales.