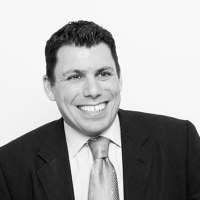 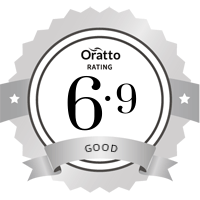 Hi, I'm Mitchell, and I would love to know more about your case. Please click the contact button and fill out the form, so that I can be ready to help.

Hi, I'm Mitchell, and I would love to know more about your case. Please click the contact button and fill out the form, so that I can be ready to help.

Mitchell qualified as a solicitor in 1995.

In addition to his work at ScoMo, Mitchell has links with Queen Mary, University of London. He has been involved with the teaching of the 'International Law on the Rights of the Child' LLM course for over a decade.

This solicitor hasn't yet added any education to their profile

This solicitor hasn't yet added any testimonials to their profile

The Court ordered the Council to produce a pathway plan in accordance with the statutory duties that exist for care leavers. This was the first case brought in relation to the Children (Leaving Care) Act 2000

The lack of specificity in a pathway plan for a care leaver was found to be unlawful. The Court recognised, in particular, the need for a proper assessment of the care leaver's financial needs and the importance of contingency planning

A decision to detain a mother and her two young children after the refusal of her asylum claim under the fast-track procedure was unlawful and an infringement of Art 5 of the ECHR because there were no strong grounds for believing that she would not comply with conditions of temporary admission or release. There had also been a breach of one of the children's right to physical integrity under Art. 8 of the ECHR as his development of rickets and anaemia whilst in detention was reasonably foreseeable and avoidable.

The Council's new eligibility criteria which resulted in a massive cut to a child with autism's short break care package was held to be unlawful. Most significantly it failed to recognise that JL had a right to services under section 2 of the Chronically Sick and Disabled Persons Act 1970

The Supreme Court held that a Resource Allocation System may be used as a 'starting point' in the process of working out how much funding a disabled person requires but does not dispense with the legal duty to ensure that all 'eligible' assessed needs are met.

Using the Human Rights Act 1998 in order to protect the rights of victims of crime. A stalker did not have the right to use the Courts for the purpose of continuing to harass his victim when he was the subject of a Restraining Order. The CPS was ordered to pay damages under Art 8 of the ECHR as a result of its failure to take proper measures to protect the victim from psychological harm caused by the further acts of harassment.

Judgement awaited in challenge to the lawfulness of regulations which stop payment of DLA to sick and disabled children after they have been in hospital for 84 days. It is argued that this amounts to a breach of Art 14 of the ECHR (when read with Art 1 Protocol 1 and/or Art 8 ECHR) and fails to comply with the obligation to ensure that the bestinterests of the child are a primary consideration (Art 3(1) of the UN Convention on the Rights of the Child 1989).

Rights of the Child UK Coalition - since 2016